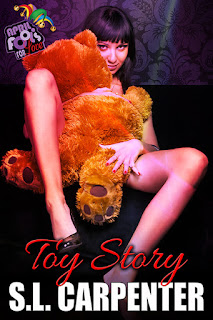 
This is a totally different type of buzz and woody…

There’s nothing like hosting a pleasure toy party to broaden one’s horizon. At least that’s what Dana’s experiencing every time she puts her products on the table and starts talking about them.

She’s learning from her customers as much as they’re learning from her. And when she gets the chance to put those lessons into practice? She goes for it, and discovers that she’s a lot more inventive than she ever dreamed.

But Dana may be taking a huge risk, because not everyone is in favor of a good Toy Story.

Dana finished her presentation and gave out a few door prizes and massage oil samples. The girls still giggled and chattered over the toys in the living room, so Dana went to the back bedroom to take orders and answer more personal questions.

Many of the women knew exactly what they wanted, either from a recommendation or because looking at it got them hot. She had sold seven vibrators, five clit massagers, a stress ball shaped like a pair of testicles, two pairs of handcuffs, a fluorescent yellow whip, three packages of pleasure creams and a partridge in a pear tree.

“So what size would you like?” Dana asked the petite woman.

“Well, I’m not sure. I’ve never had one of these things. My husband is a computer salesman and leaves for weeks at a time, which is rough. Patty asked me to come to the party, and I figured this might curb the tension a little. What do you recommend?”

“What size are you used to?” Dana asked, trying to make her less nervous. “Here, look at this.” Dana held up her hand, extending her middle three fingers. “Is your husband this wide?” she asked holding up the three fingers.

“No, smaller than that.” The woman blushed.

“What about this?” she asked again, holding up one finger.

“Noooo, wider than that.”

Dana held her index and middle fingers up. She placed the fingers between her lips and sucked them into her mouth. “I’d say he’s an average-sized man then. Hmm, let me think.” Dana looked at Lisa and caught her nervous glance at the toys. Then she asked, “You ever hear of a ‘Pocket Rocket’?”

Negotiating fringe benefits can be a lot of fun… 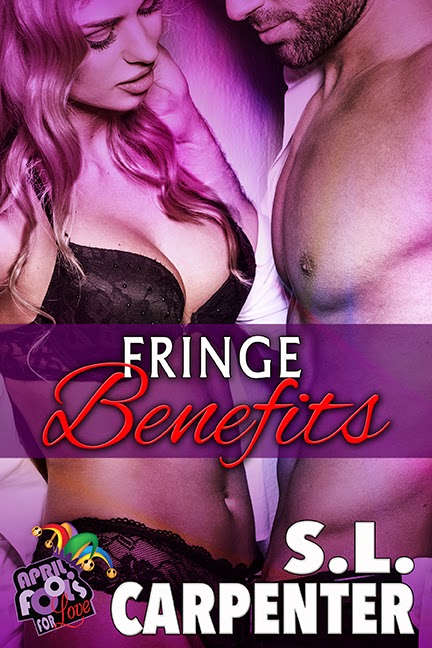 Part of the April Fools For Love collection

Fortunately she’s got a good buddy along, and together she and Stacy manage to thwart those devious plans. Stacy finds her own fun and Linda stumbles over the most gorgeous man sleeping off what looks like an afternoon of sun and beer. And boy, he’s “loaded” in the best sense of the word.

Before she knows it, Linda becomes sex-crazed over Richard. Between wine, skinny-dipping and nights of incredibly imaginative bliss, the two of them explore delights neither could have anticipated.

However, as the meetings come to a conclusion, there’s one more surprise in store for Linda. And it involves an April Fool…

Linda was transfixed. She didn’t realize she was staring, her nipples hard, or the fact that he’d woken up and was watching her gawking at him.

“My name is Richard by the way, but you can call me Dick if you’d like.” He smiled and fixed his shorts. He groaned, scratching his short black hair and rubbing his scalp.

Linda’s face turned a bright shade of red. She dropped her head and water dripped down her burning face.

“Sorry, I…uhh. I was just looking at your…umm, tan. Yes that’s it, your tan,” she said and couldn’t help but giggle like a schoolgirl. She leaned sideways to squeeze the water out of her hair. Her bathing suit accentuated her body.

Richard stared at Linda. She was a beautiful woman and he appreciated beauty. He also appreciated bathing suits, and breasts and… “I like your suit. It looks good on you.” He wondered what it looked like off her.

Linda sat down on the chair beside him to take in a little sun and they began to chat.

“I’m here for an important business restructuring meeting at the hotel. I missed my morning meeting because the damn flight was delayed.” He rubbed his head, finally getting some feeling back in his scalp.

His firm in San Francisco was here for a meeting with another company. He had a nasty hangover from the airline drinks. Mixing drinks on a redeye flight was a bad idea. Partying with his buddies in the airport bar made it worse.

In spite of his condition, he noticed Linda’s body becoming tense as his gaze caressed her skin. He again found himself staring at her. There was something intoxicating about her. Maybe that or the warmth of his blood rushing through his veins to his groin area.

“Well, I’d take a hangover instead of the crappy trip here in a car with a man I’m uncomfortable with.” She shifted on the chair.

“Don’t be so sure. The flight was short but I feel like I chipped my tooth on a bad peanut.” Richard smiled and shook his head, laughing at his stupid jokes. “I’m pitiful at this small talk. Isn’t this weather great?”

They both burst into laughter.

“Hey Linda, um, can I have you for dinner? Uh, I mean will you have dinner with me?” Richard grinned at his stupid remark. “I’m such an idiot.” It was true that he wanted nothing more than to eat her for dinner but he wanted to ask her out first. 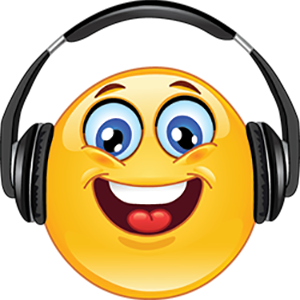 My name is S.L. Carpenter and I’m a writer and an artist, a husband and father, a slave to the wife and an inspiration to other people I don’t know. I call California home and have been here my whole life. I know…poor me.
I’ve been writing my special brand of insane little stories for many years, but it’s only been in the last dozen or so years that I’ve managed to persuade folks to publish them. I expanded my backlist to include single titles, anthologies and several co-written books. My most recent releases are available at all the usual eBook vendors. You can find a list of all my work, include those books available through ePublishers, on my website:  slcarpenter.net